AND owns 28 buildings with 690 permanently-affordable rental apartments, all of which are located in the Northern Manhattan neighborhoods of East and Central Harlem. The projects received financing through a variety of city, state, and federal housing programs, including the Low-Income Housing Tax Credit, Section 202, and Homeless Housing Assistance Programs. Enterprise Community Partners has syndicated the tax credits for all seven of AND’s LIHTC-financed projects. Our buildings range in size from four to 94 apartments, and include a mix of new buildings and older structures that the organization rehabilitated.  See our full portfolio here.

In June 2017, AND, MDG Design + Construction (MDG), the New York City Department of Housing Preservation and Development (HPD), and New York City Housing Development Corporation (HDC) announced the closing of the Ascendant Heritage Apartments, a $23.95 million project that is rehabilitating 359 apartments and six commercial spaces across 21 buildings in the AND portfolio. The Ascendant Heritage Apartments are four, five, and six-story tenement apartment buildings serving low- and very low- income residents. AND acquired the properties from the City of New York and private owners in the 1990s, and rehabilitated them through a variety of city and state affordable housing programs. Now, these buildings require a new round of renovations to make them more comfortable, functional, sustainable, and resilient to climate change. We have also restructured and refinanced the buildings to ensure the long-term affordability of these homes. The rehabilitation, which is slated for completion in late 2018, does not require the relocation of any of our residents and their rents will not increase. The renovations include new roofs, windows, and kitchens; energy efficient boilers; upgrades to entryways, lobbies, and public hallways; new intercom and key fob entry systems; masonry repairs; and solar panels on four of the largest buildings. [sliders_pack id=”3537″]

In February 2018, the New York City Department of Housing Preservation and Development (HPD) announced the designation of AND and MDG Design + Construction (MDG) as one of nine development teams to build 490 affordable homes on 87 vacant lots through HPD’s New Infill Homeownership Opportunities Program (NIHOP) and Neighborhood Construction Program (NCP). AND and MDG will work together to build four 100% affordable rental buildings on small City-owned lots, resulting in 75 new apartments in East Harlem. The NIHOP/NCP programs encourage capacity development among smaller developers with a particular focus on local non-profits, and support the construction of affordable rental apartments and new homeownership opportunities. Development teams in the first two rounds of designations include eight non-profit community-based organizations, and teams from the first two rounds have already spurred the construction of over 600 affordable homes on 81 lots across the five boroughs. More than two-thirds of the development teams chosen for all three rounds included a nonprofit team member, either via joint venture or as the sole entity. Both AND and MDG are proud to participate in the NCP program, and are excited to get started on building more quality, affordable homes in Northern Manhattan. Read HPD’s full announcement here. 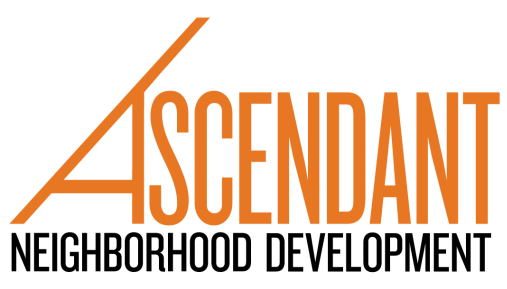