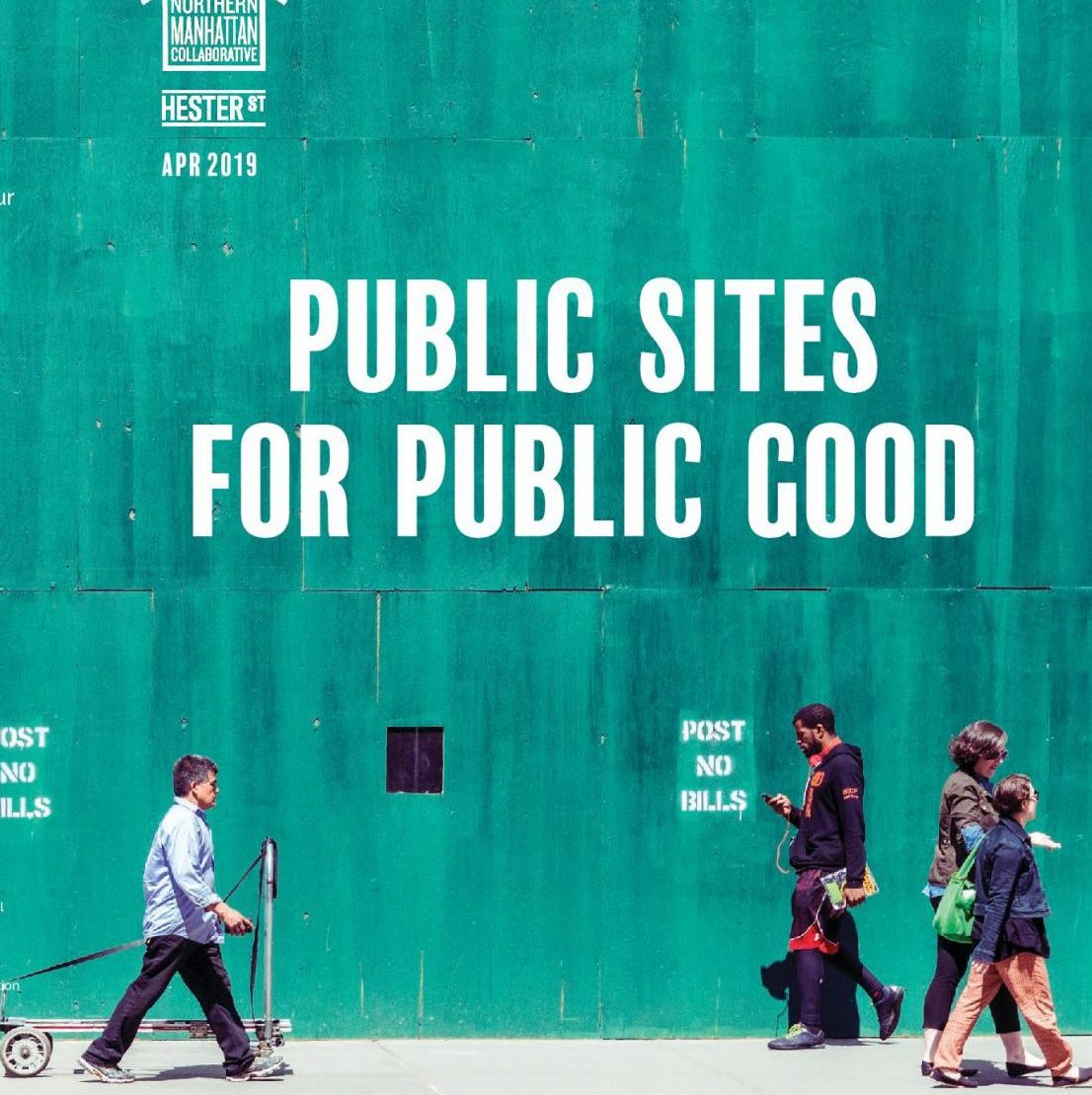 In late 2016, Enterprise Community Partners awarded the Northern Manhattan Collaborative a $90,000 grant that will allow the member groups to expand their joint efforts to plan for future development.

Using the recently-completed East Harlem Neighborhood Plan (EHNP) as a starting point, the NMC groups, led by AND and working with  Hester Street Collaborative, assessed several NMC-owned and publicly-owned sites in East Harlem as potential locations for affordable housing development and other needed non-residential uses called out in the EHNP recommendations. The study produced not only several in-depth analyses of specific sites, but also a strategy for creating more connection among existing buildings and spaces in the neighborhood.

Development of the East Harlem Neighborhood Plan (EHNP) began in early 2015, when the City identified East Harlem as an area to be rezoned as part of the Mayor’s Housing New York plan. The planning process included of eight large workshops that were open to the public and aimed at East Harlem community members and stakeholders.

Participation ranged from 85 to 400 participants per workshop. AND served as one of the 22 members of the EHNP Steering Committee, and Executive Director Chris Cirillo served as the Chair of the Affordable Housing Development subgroup focused on developing recommendations about how increase affordable housing options in East Harlem. Chris also served as a member of the Housing Preservation and Zoning & Land Use subgroups.

Executive Directors of the other Northern Manhattan Collaborative organizations were also instrumental in the planning process: Gus Rosado of El Barrio’s Operation Fightback led the Housing Preservation subgroup; Walter Roberts of Hope Community, Inc. and Robert Taylor of Youth Action Youth Build participated in the community meetings; and Hilda Candy Vives-Vasquez, director of the 116th Block Association and Chair of the Community Board 11 (CB11) Land Use, Landmarks, & Planning Committee, worked closely on drafting the community board’s response to the City’s final rezoning proposal.

The final EHNP consists of 232 recommendations that are a combination of short- and long-term projects and policies to preserve the cultural diversity of East Harlem, including the ability for long-term residents to stay in the neighborhood and enjoy the benefits of neighborhood change.

After the community process was complete, the final version of the EHNP was presented to the community and submitted to the NYC Department of City Planning and other City agencies in February 2016. The plan is currently being implemented and continues to be stewarded by the Steering Committee and other local leaders who were involved in the planning process, including CB11, the Borough President’s Office, and Council Member Diana Ayala. You can learn about the EHNP and read the full report and recommendations at the EHNP website.

The former MTA bus depot in East Harlem is located on the site of an African burial ground dating back to the seventeenth century.

The 126th Street Harlem African Burial Ground Memorial and Mixed-Use Project is a unique initiative to preserve and memorialize this sacred site. Guided by the work of the Harlem African Burial Ground Task Force and the East 126th Street Bus Depot Task Force, the NYC Economic Development Corporation (EDC) has secured public approvals for a new memorial and mixed-use project on the bus depot site.

EDC will release a Request for Proposals (RFP) to select a development team for the site. AND Executive Director Chris Cirillo served as a member of the East 125th Street Bus Depot Task Force, which helped to craft the program and development framework for the site. AND will continue to advocate for a thoughtful, respectful, and beautiful memorial and development project for this site.  Learn more at the EDC’s website.